Back to Prevention and Early Diagnosis

Targeted Lung Health Checks is a screening programme for people aged between 55 and 74 who have ever smoked.

They are offered in certain parts of England where there is a high incidence of smoking and lung cancer.

In Cheshire & Merseyside, they are being offered in Liverpool, Halton, Knowsley, St Helens and South Sefton.

The Lung Health Check Programme began in 2016 and is working with communities across Halton, Knowsley, Liverpool, South Sefton and St Helens so that local residents have the opportunity to improve their lung health and so that we are able to help diagnose lung conditions early.

Liverpool Heart and Chest Hospital is the Lead Provider for the programme, working in collaboration with NHS Halton, NHS Knowsley, NHS Liverpool, NHS South Sefton and NHS St Helens Places. Cheshire & Merseyside Cancer Alliance is co-ordinating the latest phase of the checks in South Sefton and St Helens, which were due to start in November, 2022. 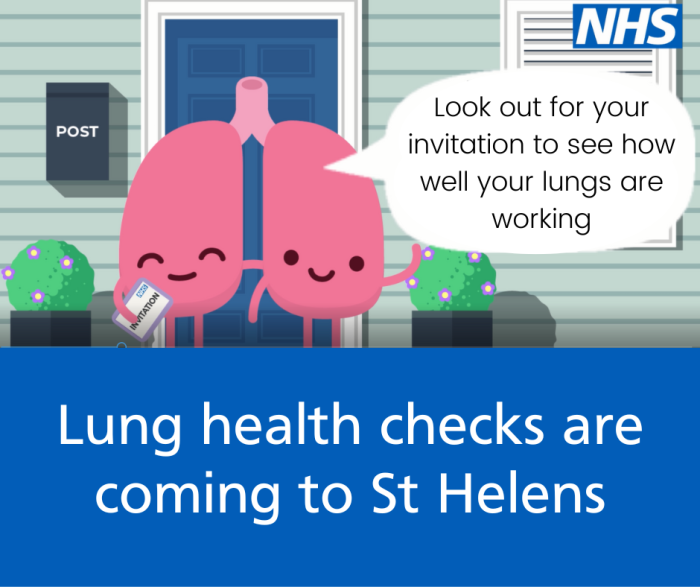 The programme is one of the first projects to be launched under the NHS Long Term Plan.

The NHS Long Term Plan, published in January 2019, sets out a wide range of ambitions for the NHS to achieve over the next 10 years. A number of these ambitions centre on improving cancer survival through earlier diagnosis, with the Plan committing to increase the proportion of cancers diagnosed early from half to three quarters by 2028. This increase would mean 55,000 more people each year surviving for at least 5 years after diagnosis.

The NHS recognises that lung cancer is an area where early diagnosis is desperately needed to help improve survival and NHS Lung Health Checks are therefore being extended into areas with some of the highest rates of lung cancer deaths in England. As well as helping to diagnose lung cancer at an early stage, lung health checks will also help identify other lung conditions.

Lung cancer is often diagnosed at a late stage because symptoms are not always apparent until the disease is advanced, or because people are too worried about being diagnosed with lung cancer to seek help. NHS Lung Health Checks help detect early-stage lung cancers, often before people have any symptoms and at a point when treatment is simpler and more successful. This is done by identifying those people most at risk of developing lung cancer and offering them a CT scan. The CT scan can help identify early changes.

A recent study (NELSON Lung Cancer Trial) showed that scanning people at higher risk of developing lung cancer reduced mortality from the disease by 26% in men and between 39 and 61% in women.

It is expected that the detection of lung cancers through the Lung Health Check Programme, many of which will be at an early stage, will mean that hundreds of lives are saved.

People aged 55-74 years old who have a history of smoking will be invited to attend a lung health clinic – currently taking place virtually.

After this appointment, patients may be offered a Chest CT Scan at a local hospital for further investigations, if required.

It is important that your Smoking Status is recorded correctly on your GP Record so that you receive an invitation. If you are not sure whether it is, please check at your next appointment.

You will be invited by letter for your free NHS Lung Health Check. If you receive a letter sent jointly by Liverpool Heart and Chest Hospital and your GP Practice, please follow the instructions in the letter to book your appointment either online or over the telephone. After this appointment you may be offered a low dose CT Scan at a mobile or static facility for further investigations if required.

Please do not be worried about attending such an appointment under the current circumstances but please be assured that we will do everything possible to keep both patients and staff safe.

To ensure patient safety with regards to COVID-19, Lung Health Checks will be completed over the telephone or online. You will only need to attend an appointment in person if you are asked to have a CT scan.

A specially trained NHS Lung Health Check Nurse will phone or contact you within 15 minutes of your agreed appointment time to carry out your check. The appointment will last around 30-45 minutes. The Nurse will ask you a number of questions about your health, lifestyle and history, including any personal history of cancer or family history of lung cancer. The answers will be used to assess your risk of developing lung cancer in the future. If you are assessed as being at increased risk of lung cancer, you will be offered a low dose CT scan. If you are offered a scan, the Nurse will talk you through the benefits and risks, and you will be able to ask any questions you may have. An appointment for your CT scan will be booked for you.

After your scan, you will receive your results within around 4 weeks. Your GP will also be contacted with the results of your scan. Watch this video on NHS Lung Health Checks for more information.

More information about the NHS Lung Health Check is included in the leaflet you receive with your invitation. 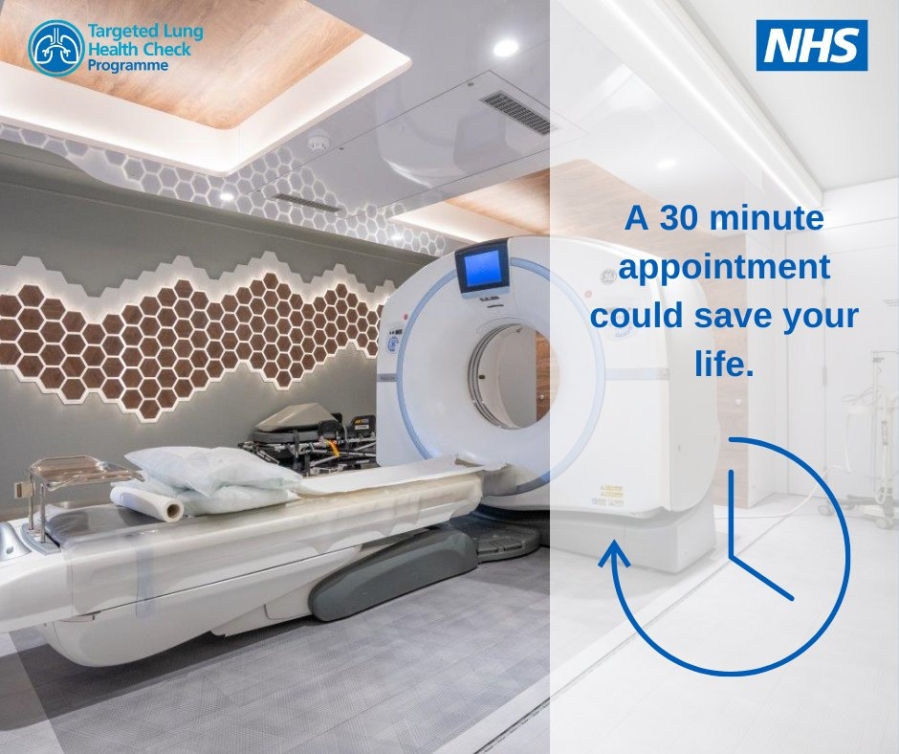 Your lungs are the part of your body that work hard every day so you can breathe.

They really do not get much rest, in one day you can breathe up to 25,000 times! They carry oxygen from the air into your blood and release carbon dioxide from your blood into the air. Your body’s cells need this oxygen to work properly. Your lungs have a natural defence system to keep out dirt and germs but several things can damage this, meaning they can’t do their job as well.

There are lots of things that you can do to look after your lungs, which are just as important if you already have a lung condition, including:

For more information about the lung health check programme in Liverpool

For more information about the lung health check programme in Knowsley

For more information about the lung health check programme in Halton

If you are a health professional in primary care, click here for more information on the TLHC programme:

You can download these resources for your surgery or team: