The PinPoint Test uses a newly developed computer software using artificial intelligence to look at features in the blood. It is currently being piloted in the NHS, including through CMCA in Cheshire and Merseyside.

This simple blood test utilises an algorithm using machine learning to generate a probability that a patient has cancer. It gives clinicians a tool with which to more accurately triage and prioritise patients, identifying those patients most at risk so that they are able to access the facilities they need sooner, and those least at risk so they can be safely moved out of the Two Week Wait pathway.

The test developers believe that widespread use of Pinpoint would streamline diagnostic capacity and reduce waiting times, improving patient experience and allowing doctors to more accurately triage and prioritise patients by clinical need, thereby improving the early detection of cancer. 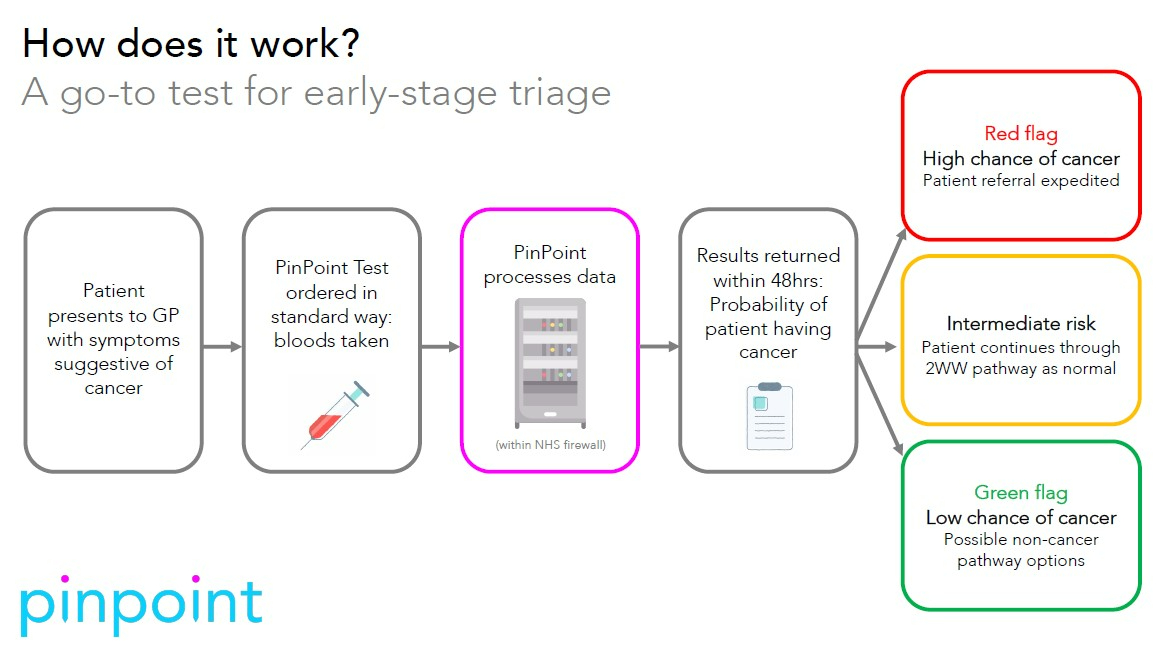 PinPoint won £752,000 to support its rollout as part of a £9million SBRI Healthcare project that helps innovators in the cancer field bring their work to the front line.

The diagnostic test was developed using data taken from hundreds of thousands of patients investigated for cancer between 2011 and 2019. It uses machine learning, a branch of artificial intelligence, to measure 33 biomarkers in the blood sample. This information is combined with other data, such as age and gender, to generate a single number – the chance that an individual has cancer.

Using the PinPoint Test in the earliest stages of clinical investigations means that doctors will be able to determine within 72 hours how likely it is a patient has cancer and either prioritise them for hospital testing or rule them out of the cancer pathway entirely.

CMCA Managing Director Jon Hayes has welcomed the creation of a pilot for the Pinpoint Test in St Helens, which is currently being established.

Jon said: “It is an NHS priority to fast-track high quality cancer innovations. The PinPoint Test is already being evaluated in West Yorkshire where the health service and industry have worked very effectively together. We’re looking forward to making sure the benefits of the test are felt in our area.”

While GPs around the country refer thousands of patients for urgent cancer tests every day, only around seven per cent turn out to have cancer.

Jon added: “This new tool for intelligent triage will allow us to safely remove patients from those urgent referral pathways, reducing backlogs and allowing high-risk patients to access the specialists and facilities they need sooner.”

You can find out more about the Pinpoint Test here: www.pinpointdatascience.com 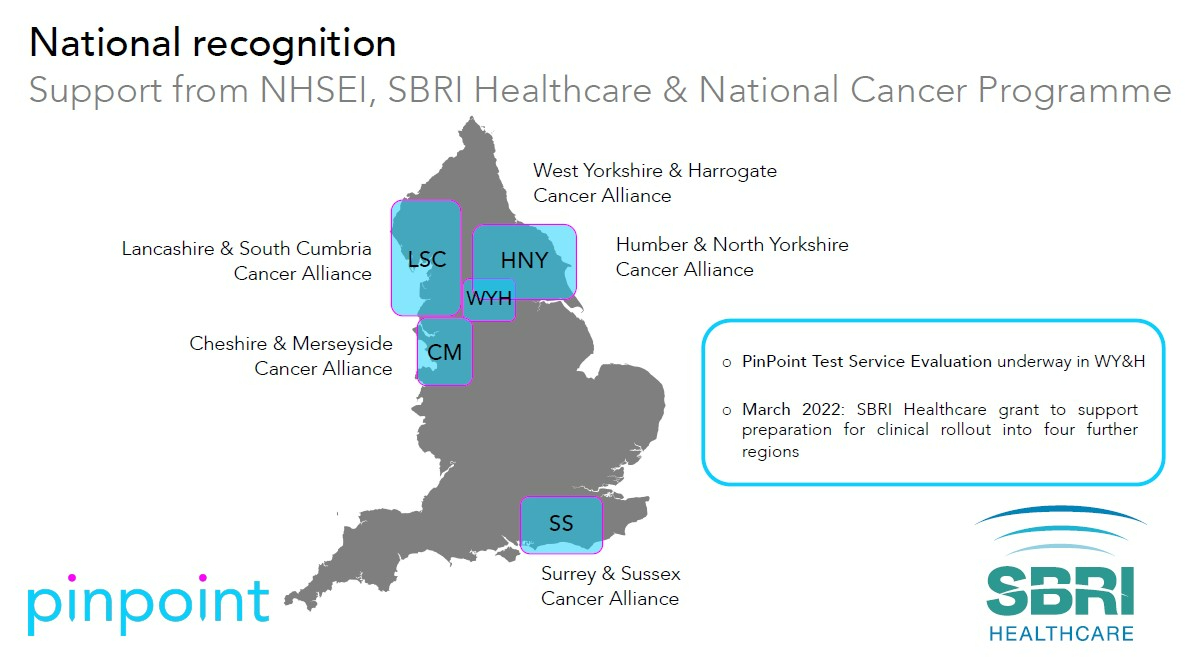